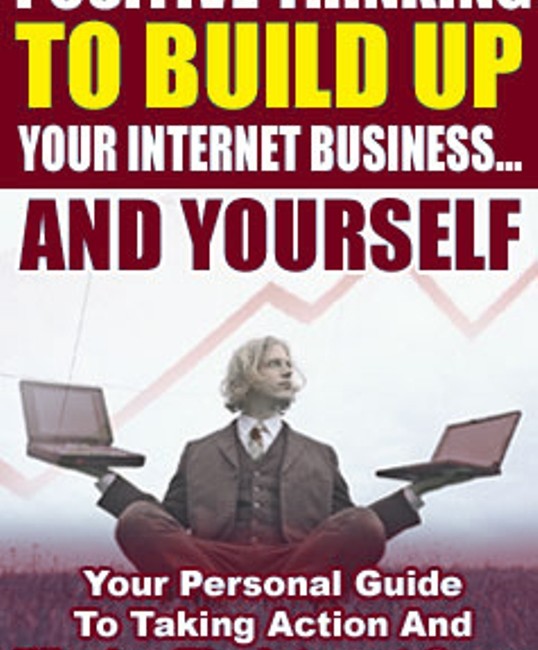 How does positive thinking work?

Positive thinking begins with a conscious desire to pay attention to and recognize the affirmative in any given situation. Once the affirmative, or positive trait, of a situation or thought can be recognized, then the process of positive thinking can be utilized. In essence, the ability to pinpoint and utilize the positive in your thoughts and actions enables you to better reach your goals, realize your dreams and make a positive impact on all of your endeavors.

The actual process of positive thinking works to bring about desired outcomes in both our personal life and our professional life in a variety of ways. By acting in a positive way we naturally draw positive people to ourselves. By believing in positive outcomes we more readily accept them as fact and open ourselves to their reality. By thinking positive thoughts we are better able to see alternate, more advantageous routes to take. By truly accepting a positive way of thinking we are better able to see the path to success and better able to use our know-how to get there.

The basic mechanics of positive thinking are simple. This simple process involves consciously searching for the affirmative in any situation, recognizing the benefits of each positive trait and then employing a can-do attitude to follow through on these positive thoughts.

In order to better understand how positive thinking can work, look at the following examples.
Example #1: Maria is a medical assistant who has put in over seven years of service at her place of employment. Last month, Maria applied for a supervisory position within her company; however, she did not receive the promotion.
In order to incorporate positive thinking into this situation Maria did three things. First, she searched for the affirmative. Maria discussed the outcome with her supervisors and found that she didn’t posses a particular computer skill that they thought crucial to the position. Maria decided to look at this as a positive reason to secure new training instead of as a reason to become down on herself and her abilities to grow within the company.

Next, Maria sat down and made a list of all the positive outcomes that could be associated with pursuing computer training. Her list included possible jobs outside of her company that she could qualify for, possible jobs inside her company that she could apply for, ways that her news computer skills could enhance her current position and ways that new computer skills could benefit her personal life.
Then, Maria used the excitement and momentum created by the possibilities on her list to quickly enroll in a computer class and learn all she could from it. Six months later, Maria applied for and received a promotion within her company.

Example #2: Bill has been carving wood as a hobby for over twelve years. Recently, Bill decided to write a short, informational guide to woodcarving and sell it on the internet as a source of extra income. Bill used his savings to have the guide professionally written, to have a web site designed and to buy some banner advertising for his new site. Although Bill had a fair number of visitors to his site his guide was not selling. After one month Bill decided his idea was hopeless and was ready to give up. His wife, however, believed wholeheartedly in the guide and wasn’t ready to see Bill quit. After convincing Bill to try it her way, they sat down and made a list.
First, Bill and his wife made a list of all the good points of the guide. After looking at the results of Bill’s initial research they both decided that the guide was a good source of basic information for people who were new to woodcarving. Realizing this, Bill decided to focus his selling techniques on beginning woodcarvers.

Next, Bill and his wife looked for markets that catered to woodcarving beginners. Instead of deciding that the web site wasn’t working and calling it quits, Bill decided to look for fresh and innovative ways to market his guide. During this search Bill happened upon a web site that specialized in woodcarving tool kits for beginners. Upon seeing the site, Bill’s positive thinking wife knew two things. One, that there was a market for Bill’s guide and two, that with a little creativity, the tool site’s customers could become their customers.
Excited by the possibilities, Bill’s wife contacted the owners of the tool site and struck an agreement. In exchange for providing a link to the woodcarving tool web site, that site provided a link for buying Bill’s guide. Within a few weeks, Bill’s sales increased dramatically. Buoyed by confidence, Bill began contacting other markets and increasing his affiliations and referrals.

Then, both individuals worked to realize the benefits of the positive traits in their situations. Maria decided that although a computer-training course could not help her get the promotion that she had missed, it could benefit her life in numerous other ways. Bill and his wife decided to market the guide to a different group of people in order to increase sales.

Finally, both Maria and Bill used the power of positive thinking to follow through on their goals. By focusing on the positive benefits of their endeavors, both individuals were able to harness the confidence necessary to continue working towards their desired outcomes.

The Power Of Positive Thinking